Could have done better! 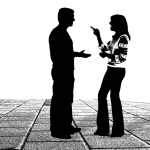 I will always remember drafting a report for a Director. It was the first time I had written one and in those days there was no internet to research how to write a report! Would you believe it! Well, I really thought I had compiled a succinct and evidence-based report and felt really pleased with myself. Off the report went to the Director and the next day I came into a long penned note starting with a “Thank you” but then quickly evolving into a destruction of the report. I’m sure you can understand how I felt…completely gutted and extremely upset that the report wasn’t up to the standard that the Director wanted (made worse by the fact my Manager had looked at it and said it was fine!) And I felt like I was back in my school days with could have done better!

Years later as a Manager, I recognised the Director’s feedback as a sandwich feedback, something to this day which really turns me off. We are not silly and we can see through this approach and I am sure most people would prefer honesty in a supportive manner. The other point is how long had it taken for the Director to write the comments when surely it would have been more constructive to have coached me through the changes needed and in turn that would have seemed less harsh.

So what have I learnt along the way, I’ve learnt how to not give feedback and I can still get it wrong! It almost seems an art form to getting it right. One thing I have realised is don’t ask people if they want feedback. They immediately go defensive and you can see them recoil. Far better, to ask them how the particular meeting, action or workshop went and what had gone well. Usually, with this approach, they will open up and say what they would have done differently and what they have gained from the experience which in turn gives them the opportunity to reflect. Sometimes the last thing we do when we are short on time!

In turn, I’ve learnt I need to learn how to receive feedback in a better manner. We all tend to recoil from feedback that implies we haven’t carried out a superb job and react in a generally negative way. So we need to understand and manage those feelings better. People need time to reflect and should be given the opportunity. As an individual these steps help and I’ve certainly used them;

1. Know the way you react – Do you defend anytime you get negative feedback, argue or retaliate? Do you get tearful or extremely incensed? Do you reject the feedback at the point given and then later reflect? Something I realised I did and I have worked hard not to do that anymore. Or do you tend to accept the feedback and then later conclude it’s all a load of rubbish and you won’t take any notice of the feedback?

2. Separate the feedback from who shares it – Dependant on who gives you the feedback, can make all the difference to how you receive it. If you don’t have a good relationship with the person then you can tend to discard the feedback. However, there is usually an element of truth regardless and you need to detach the feedback message from who is sharing it. Have you ever received feedback where the team have said you have “high expectations” and you’ve thought that was their problem? Well, in reality, some of that feedback will have an element of truth in it and maybe by that very portrayal you are putting people off trying to meet your expectations? So it’s time to consider that feedback and work out ways of setting the expectations at an acceptable level.

4. Understand the feedback received – Quite often we’re told feedback in such a general way we simply can’t understand what we need to improve. So for instance, I’ve heard people being told their letter writing needs to improve but the person doesn’t know why and not been given any specifics. If you are the person receiving the feedback ask them to give you some specific examples. And if you’re the Manager make sure you have specific examples to use so that the employee knows exactly what needs to change and why. This then helps build better outcomes and also a better working relationship.

Hope you have found this useful. Do let me have your ideas on what works well in giving and receiving feedback.
Take care