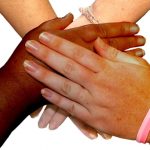 You can do anything as long as you have the passion, the drive, the focus, and the support. Sabrina Bryan

Years ago I recall a young girl who got promoted to her first Manager’s role. She was very unsure of herself and lacked real confidence. This girl demonstrated clear caring abilities for her team and others but struggled with having difficult conversations. As her Manager, I could have easily written her off and moved her. But everyone deserves a chance. So for quite a few weeks, I held a 1-2-1 meeting with her without fail using coaching and supporting techniques.

We explored issues such as task priorities, holding difficult conversations with team members and being alert to discussions going on the team when there were undercurrents. I made a point of listening and exploring how the girl thought she should tackle issues.

Sometimes we explored the type of conversations as a Manager she needed to have and she would practice in the safe environment. Over a period of time, I saw the girl blossom and turn into an excellent, caring Manager who was willing to try new things. That girl having gained confidence, often thought of fun activities for the team ranging from Halloween activities to carrying out entertaining team building games. She would hold teach-in sessions with her team and give presentations.

As her Manager, I was so glad I had invested the time and it gave me a glow and a feeling of satisfaction on seeing the transformation.

Another niggle for me is when I hear Managers say, I gave a task to a team member and it’s not been done correctly, and well I won’t bother again. Do you take that approach? 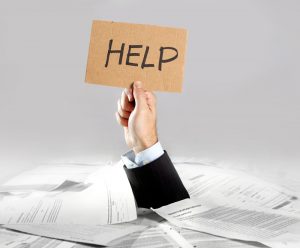 Maybe you didn’t explain it properly as the Manager or you didn’t consider the learning style needed or the person needed more time to pick it up as we all learn at different speeds. But whatever it was, that person always deserve a further chance. You do need to sit down and explore why it didn’t go right the first time and even more importantly you need to be honest with the person. The times, Managers don’t tell the team member it wasn’t right in the first place! Wouldn’t you want another chance?

I’ve also seen a Manager moved because they were viewed as a negative influence on an office, yet that Manager was never told the reason, nor was it explained what the person needed to change. The Manager was heartbroken when moved and completely bewildered as to why. We all deserve explanations and chances to change the way we do things. But we can’t change our ways if people aren’t open and honest with us. 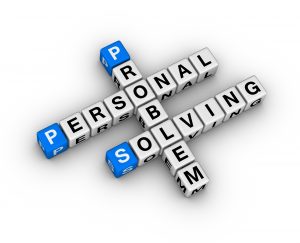 Then there are times when people are going through problems, it could be home life, health issues or it could be work issues. The majority of people will have a problem in their lives at some point. If you spot signs such as the person is behaving out of character i.e. normally talkative but they’re now quiet, or they coming in late when normally early, or other differences, then take the time out to have a 1-2-1 with them, sooner rather than later.

I’ve always appreciated Managers who have cared enough to realise I wasn’t myself and wanted to support. Most employees want to do their best and just need some support.

As a Manager, it really pays to use emotional intelligence. This is where you pinpoint, understand and manage your emotions and others. Generally, it consists of two main skill-sets:

1. Ability to recognise, understand and manage your emotions and the emotions of other people

2. Aptitude to manage emotions, through controlling your own emotions and helping others adjust their emotions

Sometimes you have to offer other organisations as support when it’s out of your knowledge and experience. Otherwise, you may need to perhaps offer a temporary change to the employee, such as changing working hours or giving unpaid leave. The point is, if you support the person, the way you would want and appreciate, then you gain a person who is loyal to the business, works extremely hard when the problems are sorted, and wants to stay working for the business. The business reaps the benefits from that approach with higher performance once the problems are resolved, and saves the expense of re-training a new person because you haven’t kept the person. sign up here for the free help card covering organisations available as support for your employees.

If you would like to know more about using emotional intelligence in your workplace or team help, please do contact The People Mentor as happy to have an informal chat to see what support we could give.